1. According to Modigliani-Miller approach of relevance, the value of the entity increases

with debt because of:

2. The permanent financing of an entity represented primarily by long-term finance is known as:

3. The process of determining funds that an entity needs to run its business is called

4. The wealth in the form of money which is invested in a business to generate income is

5. The process of buying a security or asset in one market at lower price and selling the

same in another market at a higher price is known as:

6. The composition of long term sources of finance making the capitalization is known as

7. The amount of capital that is not represented by the same value of assets of an entity at the time of its promotion is its:

8. The main factors which affect the capital structure decision of an entity are:

(b) Cost of Capital

9. The total of short term and long term sources of finance of an entity is its:

10. The money invested in long term economic resources or assets is known

11. Modigliani-Miller defined the value of levered entity as:

12. What is the preference of an entity having short period of operation for reduce

its cost of capital?

(a) Derivatives to debt

(b) Equity to debt

13. Management, which is experienced and very enterprising, does not hesitate to use more

14. According of MM approach with corporate taxes, the value of levered entity is –

than the value of unlevered entity.

15. ‘Net Income Approach’ is Introduced by

16. The costs are associated with the negative effect of the threat of bankruptcy on sales and

normal operations of business are known as:

17. What is the preference of an entity having long period of operation its cost of capital?

(a) Equity to debt

(b) Derivatives to debt

18. Which of the following equation indicating the impact of bankruptcy

19. The traditional approach of capital structure contains the features of:

(c) Both of these

20. ‘Net Operating Income Approach’ of capital structure  introduced by whom?

21. The monitoring and restrictive covenants cost is called as ?

22. The problems arising due to conflict of interest among equity shareholders, shareholders, debentures holders and management is:

23. The entities issuing excessive debts have high probability of financial distress which …….their value.

(b) Does not change 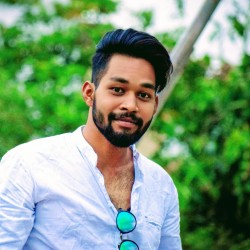